Is Anybody Listening? (Workshops) by Ken Wilson - Report 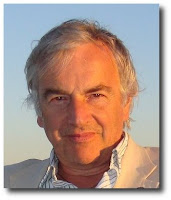 It was a delight to take part in Ken Wilson’s workshop with suggestions on listening comprehension activities.

In the beginning of his talk he explained that there are three kinds of listening for the students:

- Listening to the teacher

- Listening to a machine

- Listening to other students

Students usually appear to listen to the teacher, but how can we make them listen to each other?

The first activity combined pictures, speaking and listening as well. We were divided in to groups of five people, turned around to face a wall and each one had to turn around to see a picture, which was different each time. We then had to discuss with each other how these words were combined and find the word that represented all of them

The second activity included writing. We had to write a sentence beginning with “I want to” . We then went around telling people what we “want” and the answer they had to give was: “I’m afraid you can’t”. We then had to ask “Why not?” and the person we asked had to find an excuse. We had to get five different answers.

The third activity is called T-shirts.

Ken Wilson showed us five pieces of cryptic information about himself (names, numbers, places) and we had to guess what they meant. Afterwards we tried the same about ourselves. Our partner had to ask three Yes/No questions to try to find out what the facts were.

Next activity: we had to stand in line in two groups. The first group had slips of papers with questions and the other group had the answers. They asked the question to a random person from the other team and had to notice the answers, so in the second time they had to find their pair answers.

The last activity had to do with a song. We got slips of papers with one line of the song and while we listened we had to stand in the correct order.

All in all, it was an amazing, informative and fun workshop.

By Theodora Papapanagiotou
Posted by Margarita at 00:00